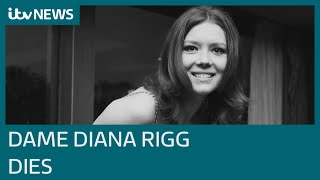 Yesterday was a milestone for roots reggae fans in that it would have been Bob Marley’s 75th birthday. Brooklyn-based reggae artist Louis Atlas was especially reverent in considering his hero’s personal impact.

“I can’t say enough about his influence on me—in my music, of course, and my overview of the world,” said Atlas, whose Coconut Dream album from last year earned him first-round Grammy nominations for Album of the Year, Best New Artist, Best Reggae Album and Best Engineered Album.

“His music made an incredible impression on me and sunk very deeply into my soul,” continued Atlas, citing one Bob Marley song in particular for “igniting my intense feeling and interest in reggae music.”

“Years ago, I went to Jamaica—when I was more into R&B, blues, American and British rock, standards, Broadway--pop music in general,” he recalled. “Reggae music started seeping into my consciousness: I wasn’t listening to it per se, but it was in the air, in the hills, in the streets—you could feel it all around you. When I got back to the States—where I was playing mainly rock—I was on Fire Island one day. The sun was shining and the weather was sweet, and I wandered on the beach alone and put on [Marley’s 1978 album] Kaya on my portable player and put on headphones, and the first song, ‘Easy Skanking,’ literally stopped me in my tracks! It was like being hit by a bolt of lightning.”

A positive bolt of lightning, that is.

“I felt a spirit and revelation, and something went off inside of me, such that I went, ‘Oh my God! Oh my God!’ and just stood there for a while. At that moment I understood what was going on in that music, not consciously, but I understood what was happening in the song and in the vibe, and realized I had to start playing reggae. I’ve never forgotten it. It was one of the greatest moments in my life, next to the birth of my children—the result of everything that was seeping into my subconscious in Jamaica.”

Atlas’s reggae-generated moment of self-discovery hugely affected everything, he said, most notably, his music composition.

“It got me into the reggae mode of writing,” he said. “I’d been doing mostly covers and playing in cover bands, singing a large repertoire because of my wide background in pop music.”

Indeed, Atlas, who hails from Rochester, N.Y., has a musical background that progresses from rock bands to study at the Boston Conservatory, and musical theater in New York. He even played the Teen Angel character in a national touring production of Grease.

“In terms of musical structure, I come from so many colors and flavors and influences,” he said. “When it came to reggae, I saw how Marley varied the structure of his songs with bridges—which I like to have in songs—while always maintaining the reggae tempo and beat and amazing melodies.”

He submitted Marley’s “So Much Things to Say,” from his 1977 album Exodus, as another model of songwriting.

“I listened to it, and it flowed to a chord that doesn’t fit in the typical reggae melodic style. I felt, ‘Wow, man! What a great chord.’ But the trick with reggae music is you got to stay on the vibe and the beat and bass line and drums. You can vary off it, but you have to be careful not to break that trance.”

Atlas began introducing reggae cover tunes by Marley and other roots reggae greats into his band’s sets, and when he was asked to cut a benefit album for children with AIDS at New York’s fabled Power Station recording studio, he started to write.

“The first real song I wrote was reggae—everything I loved and learned from Marley, Gregory Isaacs, Sugar Minott, Sly & Robbie, The Heptones, The Skatalites, Steel Pulse, Black Uhuru, Jimmy Cliff. From then on I kept writing and developing, and I was able to do it honestly, where it came from me and being myself and channeling them through me instead of copying them. Because you can’t do otherwise: You have to give and take, which is what we all need to do more of these days!”

Atlas’s first album, Beat of the Heart, came out in 2001. He began spending more time in Jamaica—he visits there now at least twice a year—and eventually met and worked with stellar Jamaican musicians.

“Sugar Minott and I used to talk a lot,” said Atlas of the late Marley contemporary and fellow reggae great. “He was a great guy and I loved his ‘lovers rock’ and roots stuff, and was a big influence. One of my biggest regrets is that we talked about doing a record together, and he passed and I missed the opportunity. But I was able to play with him, and Fabulous Five Inc. and Dobby Dobson.”

Last year, Atlas played with Jamaican luminary Sister Carol at Long Island’s legendary My Father’s Place, where owner Michael “Eppy” Epstein, who promoted all the reggae stars at one time or other, observed that Atlas and his All World Band sounded “very Jamaican—that’s the best compliment I could ever give them.”

It just shows “how beautiful reggae is,” Atlas said.

“You don’t expect a white person to play reggae music,” he noted. “That’s why music is a universal language: Once you speak it, if you speak from the heart, nobody can resist it or say you’re faking it. But I’m always concerned and wary about doing that, anyway, and with reggae, I’m able to reach in and get a feeling in my soul and bring it out.”

What does come out, Atlas acknowledged, is different.

“It’s reggae with a heavy pop influence—melodic roots reggae with a pop sensibility. I work with a producer [Christian Cassan, who has worked with artists including David Byrne, Roger McGuinn, Aimee Mann and They Might Be Giants] who has a deep understanding of my sensibilities and influences because he has the same, and he translates what I’m doing into a more pop-sounding reggae format. When I do it live—with top reggae players—it comes out more reggae-sounding than on the record. So it’s reggae with a heavy pop influence, staying as groove-oriented as I can.”

Currently, Atlas is writing songs for what will be his fifth album.

“I write about what’s happening around me and within me,” he said. Coconut Dream’s “The Lunatics,” he noted, “is about Washington. [Third album Arms of Heaven track] ‘Mariana’ speaks for itself! I write songs about social change, as well as love and heartbreak—and life. Yesterday I wrote a song about cooking!”

But Atlas emphasized that if he doesn’t feel it, he doesn’t write it. He said that he also has several new songs relating to “the culture and what’s happening in America,” which is “basically coming apart because of what’s going on.” Here, again, he credits Bob Marley for his “social consciousness and wisdom, and worldview—all coinciding with how I’ve always felt.”